9 Pitfalls to Avoid When Conducting a Collaborative Project

Teamwork and collaboration are keys to success in almost any industry or business. Yet collaborative projects often fail, costing organizations time and money. Find out more about common reasons projects fail or experience challenges and how technology from Visual Planning can make a difference in this white paper.

What Makes a Successful Project? 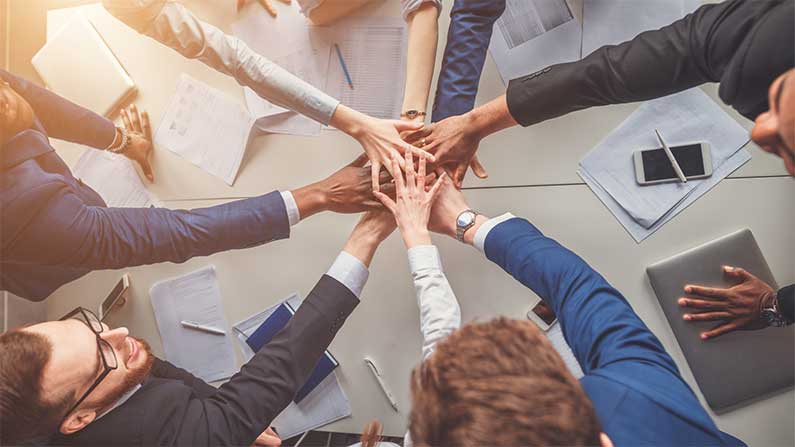 The Project Management Institute conducted a survey to find out what makes organizations more likely to achieve success with collaborative projects of all types. To understand those factors, PMI divided survey respondents into categories and paid especially close attention to two groups:

Project success in the PMI study was defined as on time and on budget while also meeting original business goals and realizing high levels of benefits. It turns out that there’s a vast difference between champion organizations and underperformers when it comes to various project factors. Consider these differences, for example:

Source: Pulse of the Profession PMI 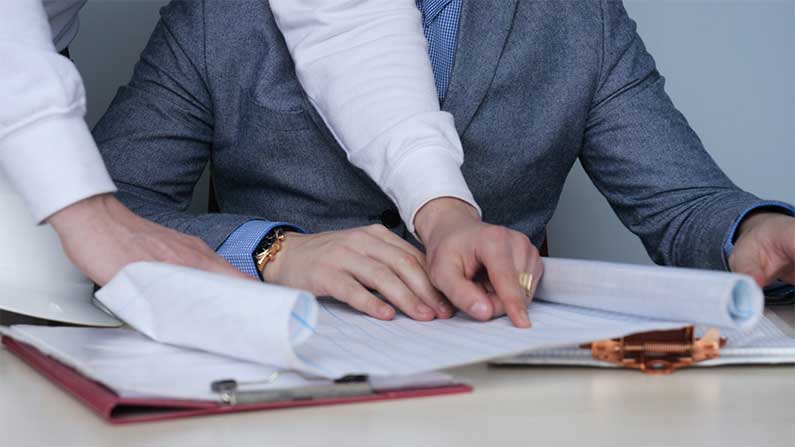 If you’re investing in collaborative projects, you obviously want to do what the champion organizations are doing — they’re the ones experiencing more consistent success, after all. Whether you’re running collaborative field teams working to complete installations in client homes, managing technical implementation or development projects, or working to continuously improve your internal processes, one of the first steps toward becoming a champion organization is identifying some common pitfalls in collaborative projects.

Read on to discover nine of the most common problems in collaborative project efforts, what causes each and how you might avoid them.

In one survey, project managers note that 92% of projects that fail do so, at least in part, due to scope creep.

Scope creep occurs when a project begins to creep outside of the box it originally fit in. For example, a construction contractor might take on a project to add a garage to a residential home. The project is quoted and planned based on adding a two-car garage.

The customer decides later they want a three-car garage. They also want the construction company to finish the garage a certain way, painting the floors and adding shelving. Perhaps they also want a small room on top of this garage. This is an obvious example of scope creep.

Unfortunately, in business situations, scope creep isn’t always as easy to identify. And that’s especially true with collaborative projects. One person might think, “I’ll just add this one small thing. It’s inexpensive and will only take a few hours.” But if everyone on the team is adding little bits here and there, the project can grow unexpectedly, putting budgets, timelines and even client satisfaction at risk.

In 2019, businesses that lagged at using technology to manage projects missed project deadlines 41% of the time compared to 61% for those that successfully used technology.

Missing deadlines are bad for collaborative projects for a number of reasons. First, not completing the project on time means you’re not delivering to the end-user — whether that’s an external client, an internal employee or a business partner — as agreed. That’s bad for business reputation and customer satisfaction.

But missed deadlines also mean you have to keep working on the project, tying up your resources and putting future work efforts at risk. It may also mean team members are stuck working on projects that are dragging on, which can reduce employee morale.

Around 85% of projects come in overbudget, at least to some degree.

Budgets do change as teams get into the work of a project, and there’s usually some expectation that numbers will fluctuate within a specified range. But coming in way over budget is bad for business. That money comes from somewhere, and the options are typically: from the client or from funds earmarked for other business needs.

Hitting the customer with large overages at the end of a project decreases their satisfaction with the work. Covering the overage yourself puts profitability in danger and may reduce your ability to handle other projects or business tasks.

Causes of Going Over Budget

4. One or Some Team Members Carrying the Workload

Some players on a basketball team are going to score more goals. Talent, position and sheer luck all play a role in those figures. But that doesn’t mean anyone on that court can slack and have their team consistently win championships. Everyone has a job to do on a basketball court.

The same is true with project teams. Some people may be more visible to others, but success comes when everyone is doing their part. Otherwise, the employees who are pulling the weight will eventually burn out. Not to mention the fact that everyone brings different skills to the table, and if one or two people are doing all the work, you’re not getting the benefit of all those skills.

5. Having the Wrong People on the Team

Having the wrong people on a collaborative project — or the wrong number of people — can make it difficult to manage. The wrong people can mean that you don’t have employees with the right skill sets on the team, but it might also mean you didn’t pick people with the motivation to do a good job. And the Wharton Business School experiment demonstrates that more is sometimes less when it comes to projects.

Causes of Having the Wrong People on a Project

More than 70% of employees say they don’t really understand their company’s strategy and worry about missing out on important updates.

Communication is the life blood of a project — literally. Think of a project as a human body. The brain is the project plan, and all the organs are the people doing the work. If blood (aka communication) isn’t flowing in both directions, things aren’t going to work well.

Rework can account for as much as 23% of the costs of some construction projects.

Lean Manufacturing defines various types of waste that should be cut out of processes and projects to ensure utmost success, efficiency and profitability. One of those types of wastes (or muda, as they’re called in Lean), is rework.

Rework can refer to redundant efforts that occur due to work :

Causes of Rework and Overwork

8. Work Not Getting Done

“Teamwork is the ability to work together toward a common vision. The ability to direct individual accomplishments toward organizational objectives. It is the fuel that allows common people to attain uncommon results.” – Andrew Carnegie

Sometimes, project work simply doesn’t get done, putting success at risk. This often occurs when the team and project is managed as a whole but the various parts are not managed well. As Carnegie says, teamwork involves individuals who need to meet their goals so the overall effort can succeed.

Causes of Work Not Getting Done

9. Team Members “Checking Out” Before Success

“It’s fine to celebrate success, but it is more important to heed the lessons of failure.” – Bill Gates

If a collaborative effort takes a couple of hours or days, people will probably stick through to the end. But if it takes weeks or months, project team members might check out long before the finish line, leaving others to run the race alone.

This can reduce the resources of your team, lead to workload imbalance, reduce employee morale and negatively impact the quality of project outcomes.

Causes of Team Members Checking Out Before It’s Over

How Can Visual Planning Help You Avoid Common Pitfalls of Collaborative Projects?

PMI’s Pulse of the Industry for 2019 dedicated a substantial amount of time to looking at the difference between organizations with high project management technology quotients (PMTQ) and those with low PMTQ.

PMI defines PMTQ as a person or organization’s ability to integrate and use technology for project management. Those with high PMTQ had significantly more success with prioritizing the right projects and skills, meeting project business goals, completing projects on time and within budget and managing scope creep.

Visual Planning can help your organization develop a higher PMTQ. Our products support you in avoiding all nine of the above project management pitfalls by:

If you’re ready to become a project management champion organization, leveraging technology to boost success for all collaborative efforts, reach out today. You can book a demo or talk to one of our reps about what types of solutions we have that might be right for your business.

Manale is a passionate about digital marketing. She joined STILOG I.S.T in 2018.
She brings SEO & SEA expertise, email marketing and creative content marketing to create a great brand experience for Visual Planning customers.

Receive our latest information and updates on
Visual Planning

Ask for a demo

“Easy to use, it ensures a quick start without constraining training.”

Our Testimonials
Our resources
And by the same author:

SaaS vs. On-Premise software: which one to choose to manage your projects

5 benchmarks to follow when choosing your next scheduling software

How to Enhance Quality Control Management in Manufacturing

How to migrate to Visual Planning 8?

Back to regularly scheduled programming | Schedule with VP

We use cookies on our website to give you the most relevant experience by remembering your preferences and repeat visits.
By clicking «All accept», you consent to the use of ALL the cookies. You can set your preferences by clicking on "Customize".

This website uses cookies to improve your experience while you navigate through the website. Out of these, the cookies that are categorized as necessary are stored on your browser as they are essential for the working of basic functionalities of the website. We also use third-party cookies that help us analyze and understand how you use this website. These cookies will be stored in your browser only with your consent. You also have the option to opt-out of these cookies. But opting out of some of these cookies may affect your browsing experience.
Necessary Always Enabled
Necessary cookies are absolutely essential for the website to function properly. These cookies ensure basic functionalities and security features of the website, anonymously.
Functional
Functional cookies help to perform certain functionalities like sharing the content of the website on social media platforms, collect feedbacks, and other third-party features.
Performance
Performance cookies are used to understand and analyze the key performance indexes of the website which helps in delivering a better user experience for the visitors.
Analytics
Analytical cookies are used to understand how visitors interact with the website. These cookies help provide information on metrics the number of visitors, bounce rate, traffic source, etc.
Advertisement
Advertisement cookies are used to provide visitors with relevant ads and marketing campaigns. These cookies track visitors across websites and collect information to provide customized ads.
Others
Other uncategorized cookies are those that are being analyzed and have not been classified into a category as yet.
SAVE & ACCEPT
Powered by

Get resource management and scheduling tips and tricks

Thank you for your registration!